Crude surged to three-month highs last week in response to the European Union on June 3 adopting its sixth package of sanctions against Moscow, which includes a partial ban on Russian oil, after weeks of difficult negotiations.

Through a gradual phase-out of seaborne imports of Russian crude and products, the bloc aims to slash its purchases from that country by 90% by year-end.

Add to that around 700,000 b/d of purchases ended by the US and the 130,000 b/d of imports the UK is phasing out, and you have around 3.8 million b/d of Russian oil that would need to find buyers outside Europe and the US.

Even if Moscow is able to reroute about 2 million b/d to China and India (bearing in mind that the two countries would only buy the crude, not products), the global market could still be short by about 1.8 million b/d of supply.

Anticipating a potential diversion of up to 2 million b/d of Russian crude to China and India could turn out to be overly optimistic, in hindsight.

If the EU unwinds its purchases faster than Moscow can reroute them, more Russian production would have to shut in, which could be difficult to restore later. This uncertainty is another cause of supply nervousness in the market.

India’s incremental appetite is limited by its price-sensitivity, high freight costs, and the rising insurance costs for Russian oil transportation. The ramp-up in Chinese purchases is predicated on domestic oil demand recovery, which is proving to be slow and uneven amid lingering Covid restrictions.

There is now another challenge that Russian state giant Rosneft will have to reckon with — being cut off from European shipping insurance.

The latest sanctions package bars EU companies from providing insurance and reinsurance, among other services, for Russian oil shipments to third countries, including those involving ship-to-ship transfers, after a six-month phase-in period.

The retreat of global traders such as Vitol, Trafigura and Glencore from Russian oil in recent weeks has given way to small, little-known trading outfits that have stepped into the breach. Entities from Russia, China, India or other countries outside the NATO alliance will likely step up to create new shipping insurance provisions too (a route Iran and its buyers have already travelled under the US sanctions regime) but such alternatives take time.

Another threat lingering over Russian attempts to forge new markets is the US and EU’s growing discomfort with the prospect of Moscow being able to avert a big hit to its oil revenues, thanks to a combination of rising prices and alternative buyers.

US and EU leaders are said to have actively resumed discussions in recent days over the idea of forming a “buyers’ cartel” and setting a price cap on Russian oil exports.

The Western allies want to keep Russian oil flowing to buyers such as China and India, as that would help stabilise global prices in view of the upward pressure from EU’s import and shipping bans, according to US Treasury Secretary Janet Yellen.

However, keeping the objective of limiting Moscow’s oil revenues in view, the Group of Seven countries are exploring the idea of seeking insurers’ help to only cover shipments of Russian oil to third countries that fall under a price cap, according to a report by The Wall Street Journal.

Though Russia’s flagship Urals crude grade is languishing at a discount of around $35/barrel to Brent compared to less than $2/barrel until early February, the idea that a potential continuing spike in crude prices and increased purchases by China and India would protect Moscow’s oil revenues from collapsing is troubling for the US and its allies.

While deceptively straightforward in theory, the idea of insurers helping impose a price cap on Russian crude is flimsy and impractical.

Imposing secondary sanctions on China and India if they pay more than the price limit set by the US for Russian crude is also being considered as an option, but clearly, this one would be a diplomatic minefield.

The continuing stalemate in the very costly Ukraine war prompted fresh contemplation of what the “endgame” might look like as the Russian invasion crossed the 100-day mark on June 3.

The problem is, there isn’t a consensus view that could be fed into an energy markets outlook with any degree of confidence. A bigger problem is that the US, the EU and Ukraine’s President Volodymyr Zelensky appear to be drifting apart on core issues such as Western military support for Kyiv against Moscow, how quick and how far the EU should go with its ban on Russian energy imports, and critically, what the terms of a ceasefire should be.

Zelensky, in an interview with the Financial Times last week, said that regaining full sovereignty over Ukrainian territory remained his ultimate goal. However, Kyiv is struggling to push back Russian forces in the east, even as it repeatedly asks the US and EU for heavier, longer-range weaponry, while the NATO allies worry about provoking a Russian escalation.

French President Emmanuel Macron last week said it was important not to “humiliate” Russia, repeating an assertion he had also made last month, and rattling Zelensky.

With no potential path to a detente taking shape, and considering the long, tough road to any peace deal and the lifting of Western sanctions against Moscow, the oil market has no option but to brace for continued supply tightness, with the worst possibly yet to come. 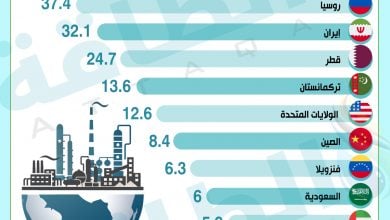 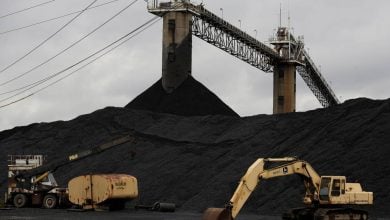 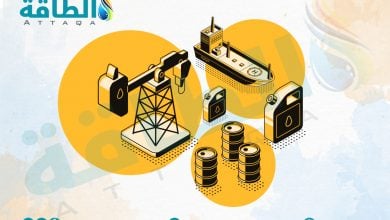