Russian energy supply.. A drop in Russian natural gas shipments to Europe, accompanied by fear that the situation is likely to get much worse before it gets better, became the fresh bullish impetus for crude last week.

ICE Brent futures settled at $111.55/barrel on May 15, almost entirely reversing the $10/barrel slump induced at the start of the week by the European Union failing to push through an agreement to phase out Russian oil in the face of stubborn opposition from Hungary.

Through the second half of the week, the focus had shifted to rapidly escalating risks to Europe’s Russian gas supply, sending regional gas price benchmarks spiking and reigniting a rally in crude.

GAS SUPPLIES IN THE FIRING LINE

The first shock came mid-week, when Ukraine halted Russian gas flows to Europe through a major eastern transit pipeline and rerouted them via another system, which resulted in the total supply volumes falling by about a quarter. 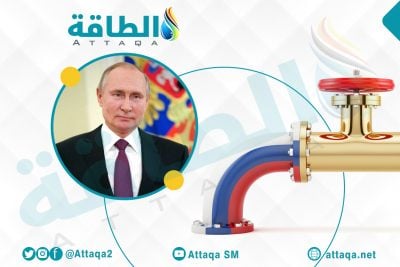 The Gas Transmission System of Ukraine or GTSOU declared force majeure through the Sokhranovka transit point from Wednesday, claiming that occupying Russian forces were diverting gas from the pipeline to Moscow-backed separatists in the country’s east.

The GTSOU shifted most of the volumes to the Sudzha route further northwest.

This was the first time gas transit through Ukraine had been affected since the invasion and could be a worrying precedent, bearing in mind that Kyiv has been demanding that the European Union set a timeline to phase out all Russian gas imports.

A day later, Moscow imposed sanctions on 31 companies, most of them based in Europe, barring them from any role in the supply of Russian gas. Among the affected entities were EuRoPol Gaz, owner of the Polish part of the Yamal pipeline, and Gazprom Germania. The move set the stage for further disruptions in Russian gas supply to Europe.

Moscow’s demand for the EU to pay for gas with rubles may no longer be an issue, as several member countries appeared to have already made their own decisions, dropping their earlier resistance to switching to the Russian currency.

Italian Prime Minister Mario Draghi noted that “most” gas importers had opened ruble accounts with GazpromBank. He declared that it was fine, as nothing had been said officially about ruble payments breaching EU sanctions. But clearly, as the rest of last week’s events demonstrated, there is plenty more that could go wrong with the EU’s gas supply stability.

Early in the week, the EU shelved plans to bar European-owned and -registered ships from engaging in the transportation of Russian oil to third countries, giving in to opposition from Greece, Malta and Cyprus.

However, with the contentious shipping and oil bans set aside, the bloc is looking to move ahead with most of the other proposals in its sixth package of sanctions against Moscow, which could provide a fresh prop to crude.

The new package is still expected to include a ban on European companies, which dominate the global shipping insurance market, from providing cover for Russian oil shipments.

That, coupled with a plan to bar Russia’s Sberbank from the SWIFT messaging system, and global majors retreating from dealing with Russian oil in the face of an EU ban that took effect on May 15, could stymie Moscow’s ability to divert crude to Asian buyers, locking more Russian barrels out of the market than the estimated 1 million b/d lost in April.

DEMAND SLOWDOWN NOT A DRAG ON CRUDE YET

By the end of the week, Sweden and Finland said they would apply to join the North Atlantic Treaty Organisation, further raising Moscow’s hackles. Russia warned it would be forced to take “retaliatory steps”.

As long as the Ukraine war festers, the energy wars between Europe and Russia look set to continue worsening, overwhelming any downward pull on crude from signs of global oil demand recovery starting to slow down.

Closely-watched monthly market outlook reports of the US Energy Information Administration, OPEC and the International Energy Agency last week cemented the view that average global oil demand will not return to pre-Covid levels this year.

This is an about-turn from analysts’ conviction from late last year until February, that 2022 global oil demand would comfortably surpass the 2019 level.

The consensus of the latest forecasts by the EIA, OPEC and the IEA points to 2022 global oil consumption averaging about 99.75 million b/d, 0.75 million b/d below 2019 levels.

All three reports cited the global economic deceleration stoked by the Ukraine war and a slowdown in the Chinese economy due to persistent Covid lockdowns.

For the time being, the oil complex is likely to stay focused on the very short term, with the Russian oil and gas supply disruptions and fears of worsening shortages outweighing expectations of a demand slowdown. The balances of forces may keep Brent oscillating in the $100-110 range.

The writer Vandana Hari is Founder and CEO of Vanda Insights, which provides macro-analysis of the global oil markets. 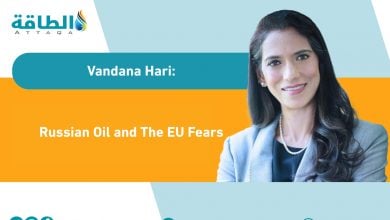 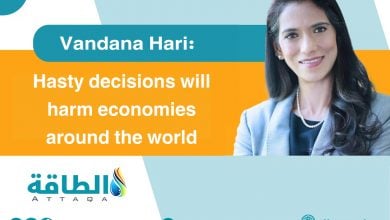 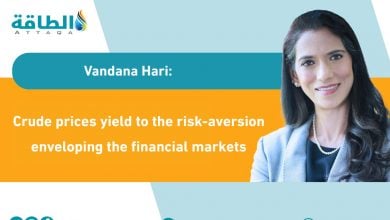 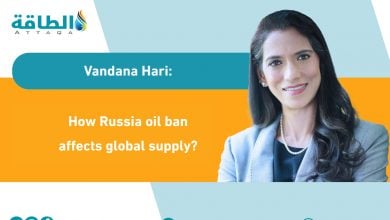