As expected, the International Atomic Energy Agency (IAEA) Board of Governors issued a resolution last week criticizing the Islamic Republic of Iran's cooperation with the IAEA.

The resolution, which called on Iran to cooperate fully with the IAEA in responding to the origin of enriched uranium on three unannounced sites, was approved by 30 countries with 2 against (Russia and China) and 3 abstentions. (India, Pakistan, and Libya) adopted.

The resolution, the first resolution issued by the Board of Governors against the Islamic Republic in the last two years, was passed at a time when negotiations to revive JCPOA at its final stage have stalled since March due to a dispute between the two sides.

The issuance of this resolution will make the task of reviving JCPOA even more complicated. However, the US envoy to the Board of Governors said the move was not intended to counter political motives.

It should be noted that before the adoption of this resolution, Rafael Grossi, Director General of the International Atomic Energy Agency, had visited Iran. After Grossi's visit to Tehran, he said that Iran's nuclear program is ambitious and there are serious doubts about it.

"Iran has no other choice but to explain the ambiguities in its nuclear program," Grossi said ahead of the IAEA Board of Governors meeting.

Sixteen years ago, Iran's nuclear case went to the UN Security Council after the International Atomic Energy Agency (IAEA) Board of Governors, and in addition to unilateral US and EU sanctions, international sanctions were imposed on Iran.

According to the latest report of the Iranian Enriched Uranium Reserves Agency, more than 3,800 kilograms have been recorded, which is about 18 times the approximate 200 kg ceiling set by JCPOA. And 43 kilograms of uranium has reached 60% richness.

Of course, to make a nuclear weapon, uranium with a richness of over 90% is needed. Iran has repeatedly claimed that it pursues only peaceful goals in its nuclear program and does not seek to build nuclear weapons.

Last month, Robert Malley, the top US Special Envoy for Iran , told the US Senate those efforts to revive the 2015 agreement had run into trouble, but he believed that a "limited" reduction in sanctions on Tehran could still save JCPOA Prior to the adoption of the resolution, Iran had stated that it would respond "effectively and promptly" to any action taken against it in the International Atomic Energy Agency (IAEA) Board of Governors.

Following the passage of the resolution against Iran, the Atomic Energy Organization released a video announcing the shutdown of a significant number of International Atomic Energy Agency surveillance cameras.

Behrouz Kamalvandi, spokesman for the Atomic Energy Organization of Iran, said: "It was decided to stop some of the cooperation beyond the safeguards, which was not part of our commitments and was done in good faith, for example, recording some activities by cameras and on-line enrichment measuring device and flowmeter od the Agency in Iran.

Kamalvandi said that today it was ordered to stop the activity of these cameras, although in the past, the information of these cameras was not supposed to be given to them unless Iran accepted the conditions.. The basis of this work is the law of strategic action to lift sanctions and protect the interests of the Iranian..

Some experts believe that the suspension of the talks and the failure to reach an agreement have led Iran to return to a policy of circumventing sanctions and increasing nuclear pressure through uranium enrichment to a level beyond the current 60% level, which has led the country to Will be on the verge of nuclearization or "nuclear escape".

In other words, Iran's nuclear program will move toward militarization, which is one of the main concerns of the United States, the West, and Israel.

Tehran's return to using the policy of increasing the level of enrichment as a lever of pressure on international powers, especially the United States, in order to gain concessions from them and achieve its goals, means adventure and gambling on the results of an agreement that can burden the country.

Lift sanctions and repair the country's crisis-ridden economy, which has put Iran at risk of an internal explosion due to the spread of poverty and the government's inability to meet the basic needs of its citizens. The conditions for returning to the nuclear deal and reviving it are becoming more difficult.

The Importance of a Nuclear Agreement

If the P5 + 1 and Iran's priority is to revive JCPOA, resuming the Vienna talks and flexibility in exchanging concessions on the one hand and trying to resolve technical disputes between Iran and the IAEA over the three old sites on the other will be necessary.

Finally, reaching an agreement on JCPOA will allow the final settlement of technical disputes; Some Iranian experts believe that if the JCPOA talks fail, it is not yet clear what the outcome of Iran's referral to the Security Council will be in September or December.

Given the hostile relationship between Russia and the West, it is likely that this time Russia will resort to a veto to prevent new action against Iran in the Security Council.

However, paragraphs 11 and 12 of UNSCR 2231 allow members of the Nuclear Non-Proliferation Treaty to reinstate previous anti-Iranian resolutions by resorting to the trigger mechanism without a new vote.

In that case, Russia and China will not be able to prevent the revival of those resolutions. In contrast, the Biden administration's strength, unlike the Trump administration, is its coordination and sharing of action with allies, which was crystallized in the first round with 30 of the 35 votes in the Board of Governors.

Of course, Russia's final decision will depend on the conditions of the Ukraine war and the energy market and relations with the West in the next three to six months, and it is not possible to predict with certainty Russia's future position. 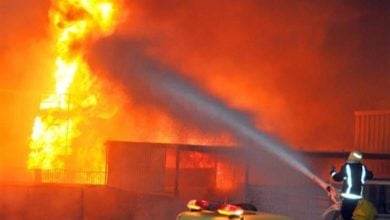 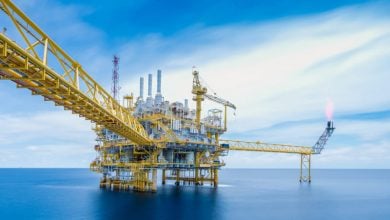 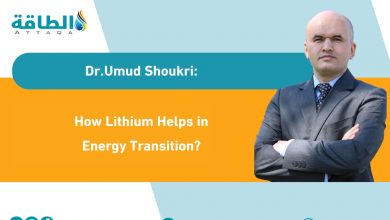