Dr. Juan P Perez Castillo is the son of Dr. Juan Pablo Perez Alfonzo, the “Father of OPEC” and one of its founders. He is a legal and economic expert with interest in economic development and oil markets.

Asked to write a few words about OPEC on its 60th anniversary, what first came to mind was a question – do people know why it was created and for what purpose, what its founders had in mind and if so, has it fulfilled their expectations and complied with its raison d’être (reason for its being?)

My comment is based on what I remember and interpret from my conversations with one of its founders, often called Father of OPEC, Juan Pablo Perez Alfonzo, my biological father, and my readings of his writings.

Long before he formulated and then applied the principles that comprised the oil policy of Venezuela for over 35 years, which he labeled “The Petroleum Pentagon“*, with OPEC as the coordinating principle, my father was a persistent student of human behavior in all its manifestations. An avid reader all his life, in his later years he minimized his readings on oil to concentrate on children, the future of humanity, the environment and technological change, seeking new knowledge to understand and adjust his thoughts and actions accordingly.

Profoundly rational, for him decisions had to result from reason, never mixing emotions, and only after considering all facts and contrary arguments. His main purpose in life was to combat injustice, not limited to the wasteful exploitation of natural resources; but the injustice of income and wealth inequality originating in the structure and operation of the economic, political and social system.

Although his immediate goal was to reduce and ultimately eliminate OPEC members’ dependence on oil revenues, his long term and really main goal was to improve the economic and social way of life for the poor and marginalized people of Venezuela and all other underdeveloped countries of the world – reach a civilization with all peoples free to determine their own destinies under conditions of real (not just formal or legal) equal opportunity for all. And it was in this sense that he thought OPEC should represent all underdeveloped countries and act accordingly.

He expressed much of his thinking or philosophy behind his oil policy as early as 1947 when, as Minister of Development (which included oil and all other natural resources), he wrote on the Introduction to the Annual Report to Congress, referring to the achievements of the government that year,

“All of them mark the initiation of a new era in our history, they are the material signs of the resulting change. However, most important is the spiritual change that motorizes material change. Economic liberty is more than anything else an idea, a purpose to be free and to behave as such. It is the decision to act at all times with the certainty of independence, the most effective guarantee of liberty. The chains of slavery are only the complement of the spirit of defeat”.

The quoted lines mean, to me, that without freedom from dependence and poverty the peoples of any nation cannot achieve their potential and realize themselves in and through their work, producing for their livelihood. Thus, considering themselves fortunate and wealthy, based on a gift of nature obtained fortuitously without work, reduces (and may even deny) the perceived need or reason to be free and behave as such.

To reaffirm and reassert his thinking, he violated tradition and unorthodoxly placed on that official document a quotation from Albert Schweitzer,

“Material and spiritual liberty are closely united. Civilization presumes free men, since only free men are able to think and achieve their realization”.

The above, and more, has led me to understand why he was able to form such a close friendship and understanding with Abdullah Tariki, his OPEC co-founder, whom I had the opportunity to know in 1960 during the days it took me to drive them from New Orleans (where I was studying for my PhD in economics and JD in law) to the annual convention of the Texas Independent Producers (TIPRO), and back, where they essentially announced the formation of OPEC by discussing and explaining the influential importance of the Texas Railroad Commission (TRC). He was a jovial, deep and quick thinking person, whose social and political concerns had him sharing my father’s thoughts about the fundamental role of OPEC, but more importantly, sharing the role of their respective countries as leading members of the organization to be born.

Based on the above, and my own reasoning, I cannot consider OPEC a success after its 60 years in existence. Its members individually and collectively have failed to reduce their dependence on oil in any effective and sustainable basis, nor have they improved the living conditions of their own poor and marginalized people in any significant and equally sustainable permanent basis. Through OPEC, I extend this to the rest of the poor and underdeveloped countries of our planet.

Considering the question with which I initiated my comment, it is important to understand that the creation of OPEC, as an organization to defend (raise) the price of oil and gain control over its members respective resource, was merely its immediate, albeit permanent, instrumental goal. But it was not the ultimate reason for its creation – to free its members from oil dependency, not for its own sake, rather for the purpose of developing their respective countries in such ways as to improve permanently and sustainably the economic and social conditions of their peoples, primarily their poor and marginalized.

This goal has not yet been attained and must remain OPEC’s main purpose, today more urgently than 60 years ago, because of the changes taken place since then. Oil is today facing a transition challenge, produced by technology change that is not transient, with the real probability of pressuring demand (and price) on a declining path permanently and substantially in the not too far future. Facing this dire eventuality, the more reason for OPEC to concentrate on achieving its raison d’être, so that future generations can comment with rightful satisfaction that the creation of Pérez Alfonzo, Tariki and others may be considered successful in complying with its true raison d’être and all of its implications and ramifications. 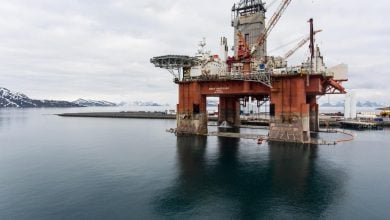